Fredericton — Brunswick News has hired Fredericton-based blogger Charles LeBlanc as “Managing Editor at Large” as part of a rebranding strategy.

The Irving-owned media conglomerate has been surrounded by controversy lately; it first came under fire in recent weeks when senior editors were accused of taking trips to provincial government getaway Larry’s Gulch, then trying to have the records changed to hide their trip. BNI has also suffered in the court of public opinion after laying off their full-time photography staff in the major dailies.

There’s plenty more change ahead for the BNI empire, though, with news that Charles LeBlanc, the blogger and self-proclaimed “Everybody’s favourite pain in the arse” is coming on board in a management role — he’ll be responsible for planning investigative stories, dealing with culturally sensitive news stories and assigning stories on the police beat.

Sources inside Brunswick News tell us the move comes as part of a revitalization strategy to appeal to hip, trendy youths who don’t trust traditional media sources.

“A biennial layout update just isn’t enough,” said our informant. “Kids today don’t pick up the paper because they don’t trust big business. Hiring Charles LeBlanc, with his record of scrapping with ‘The Man,’ is part of a plan to appeal to that jaded demographic.”

LeBlanc, meanwhile, assured his blog’s longtime readers that he’d continue his fight against such causes as the “racist city of Fredericton.” He said he’s excited to move into his new role, especially since he was given a company-issue iPhone and told to fill a few pages with standalone photos.

But the move may come at the risk of alienating longtime BNI subscribers, some of whom are already upset about the recent controversy and changes at the daily papers.

“I really just get the Transcript for the crosswords these days,” said Riverview resident Glenn Lutes, “and I can get a book of 50 crosswords for a loonie at the Dollarama. I’m pretty sure I have nothing in common with Charles LeBlanc and his ongoing crusade against the Fredericton police.”

N.B. kids as young as 6 can now stay home unsupervised

Rapid tests now only available with fill-up at Irving

Online learning to be held outside as added precaution 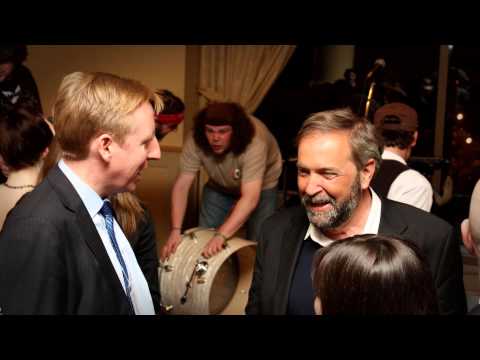 I love you more than ice cream! You make my heart melt and my brain freeze with joy!

I mean in my opinion, it is appropriation, but not to the wiccan community but just as witch Halloween costumes are caricatures of actual witches. And...